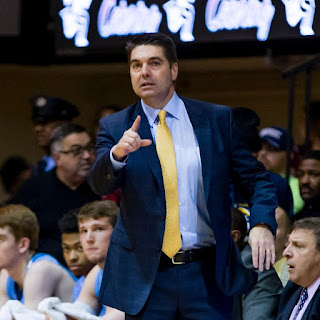 We would like to welcome Jim Engles and Columbia Basketball to our team of Coaching and Leadership Journal subscribers. Engles became the 23rd head coach in the 116-year history of Columbia's men’s basketball program in April 2016. Engles returned to Columbia after spending eight years as head coach for the New Jersey Institute of Technology. Over his final six seasons at NJIT, Engles compiled a 100-88 record, including back-to-back 20-win seasons in 2014-15 and 2016-17. Prior to leading the Highlanders, Engles served as an assistant coach at Columbia under former head coach Joe Jones from 2003 to 2008.
NJIT had competed at the Division I level for only two seasons when Engles arrived in 2008, and in three years he turned them into a 15-win program. In 2014-15, he directed the Highlanders to a 21-12 record, including an upset at No. 16 Michigan and a postseason berth, advancing to the semifinals of the CollegeInsider.com Tournament.
At the conclusion of the 2014-15 season, Engles was named John McLendon National Coach of the Year honors from CollegeInsider.com, received the Peter A. Carlesimo Division I co-Coach of the Year from the Metropolitan Writers Association and was a finalist for the Skip Prosser Man of the Year and Hugh Durham National Coach of the Year awards.
We are proud and honored to have Coach Engles and the Colombia program on our team of subscribers! Our subscribers know that great leaders never stop learning and they never stop reading especially in these current times. They realize that for less than most people's monthly cable bill they can receive a year's worth of information that will make them better leaders, coaches, and administrators.
We would love to have you join Coach Engles on our team!
More Information
Subscribe Now
at July 10, 2020 No comments:

Email ThisBlogThis!Share to TwitterShare to FacebookShare to Pinterest
Labels: leadership

In the July 2020 Issue of The Coaching and Leadership Journal 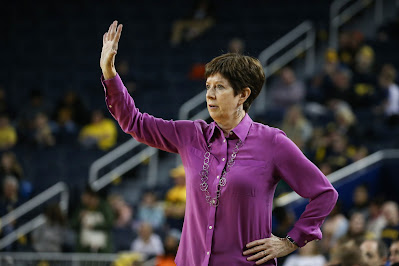 Here is some of what you will find in the July 2020 Issue of The Coaching and Leadership Journal:
Join our growing list of subscribers. A few of our recent subscribers & renewals include
We would love to have you on the team. Subscribe today!
at July 03, 2020 No comments:


The Coaching and Leadership Journal

The purpose of the Journal is to provide ideas and insights to people who are passionate about leading and to provide it in a quick and easy-to-read format. The Coaching & Leadership Journal now serves leaders from all fields. Our journal publishes article summaries that pertain to both leadership theory and insights from top leaders in all professions. Like a monthly debriefing, our journal allows you to get valuable information without having to waste time searching for it. You'll refer to it again and again. It is not just a journal but a valuable resource delivered to you each month.
at June 12, 2020 No comments:

Email ThisBlogThis!Share to TwitterShare to FacebookShare to Pinterest
Labels: leadership

A Reader's Reflection On Our Book Leading Narratives

The following presentation was done by Lauren Miller for her class. We love hearing from our readers!

Leading Narratives:
The perfect collection of stories, jokes and wits of wisdom for leaders

The book is available from our website & any place books are sold.

Here is what leaders will be learning about in the November 2019 issue of The Coaching and Leadership Journal:


Our subscribers realize that leaders are readers and for less than most people’s monthly cable bill they can get an entire year of essential information delivered to their door that helps make them better.

We believe it's no coincidence that our subscribers are some of the most successful people in the profession! Here is a list of some of a few of our recent new and renewed subscribers:
Start Your Subscription Today! 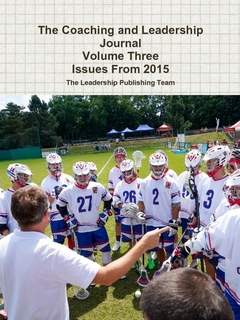 The Coaching and Leadership Journal provide lasting information that helps leaders, coaches, administrators, and teachers become better at what they do. It is a valuable resource that you will refer to throughout your career. You will see why some of the top leaders and coaches in the country read the Journal each month. 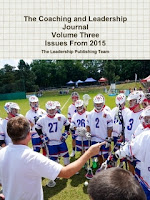 Leading Narratives:
The perfect collection of stories, jokes and wits of wisdom for leaders