We feature great pubs from around the world. Every few weeks we update with a different pub. Everyone knows that some of the best information, conversations, and group ideas occur in pubs all across the world. Leadership Pub Talk is the place to find out what's happening at our company, The Leadership Publishing Team. 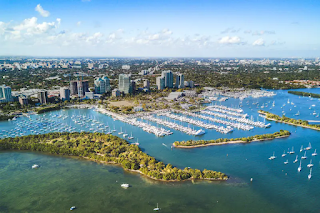 Current--Well, it's not actually a pub. This is a picture of Coconut Grove, Miami. The site of our inaugural Coaching and Leadership Summit.  The Grove is an upscale, leafy neighborhood with relaxed sidewalk cafes and chic shops in and around the CocoWalk mall. This one-of-a-kind event will be held April 13-15, 2023. Come join us! 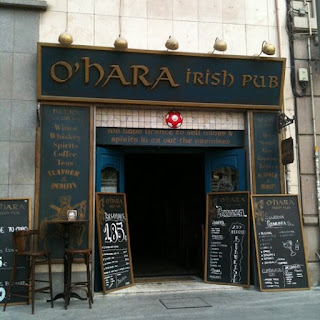 May 2022-September 2022--O'Hara's Irish Pub Alicante Spain. Alicante is a port city on Spain’s southeastern Costa Blanc. O'Hara's is a great location to watch the world go by. Easy to spend a couple of hours here just being transfixed by the crowds of people wandering by. Very reasonably priced considering the location. 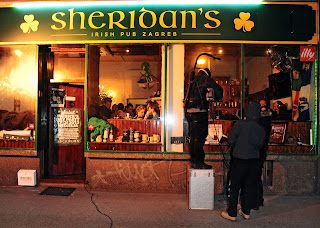 March 2022-May 2022--Sheridan's Irish Pub Savska cesta 36, 10000, Zagreb, Croatia. Nice Irish pub with plenty of seating and lots of options. Owned by one of the nicest and coolest people you'll meet. This place is cozy with a warm atmosphere and offers some of the finest beers and whiskeys you can taste. The owner is a nice guy and has put his heart and soul into this place by doing the interior in a traditional Irish pub style all by himself. Try out the place, you won't regret it! 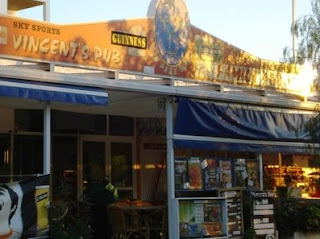 December 2021-March 2022--Vincent's Bar in Portinatx, Spain. Vincent's Bar Portinatx, established in 1987 is located at the North end of the Island of Ibiza, in the urban area of Portinatx. Vincent's Bar Portinatx is run by a family with many years' experiences in the hospitality industry including, Restaurants and Family Bars. The beaches are pristine and surrounded by mountains which gives you the opportunity to go Hiking, Scuba Diving, and Snorkeling. In the evening, you can catch a full nights Entertainment followed by Disco till the early hours of the morning in Vincent's Bar Portinatx. It’s a great Pub atmosphere at Vincent´s. 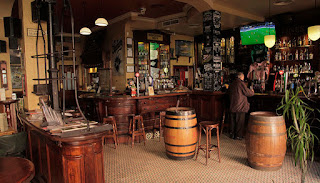 August 2021-December 2021-- Flaherty´s Irish Pub Barcelona  Plaça de Joaquim Xirau, s/n, 08002 Barcelona, Spain From breakfast til the wee small hours there’s always something going on, they have great food deals and drinks specials throughout the week, regular entertainment and all the top sports LIVE. Good pub food and drinks bring people together add in a dollop of Irish hospitality and you’re in a winner. Serving delectable, good food and an extensive array of drinks ideal for any time of the day. Seriously good food near Las Ramblas. 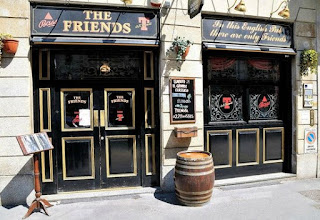 June 2021-August 2021--The Friends Pub Viale Monte Santo 12 20124 Milan, Italy. The Friends Pub is an authentic English pub, since 2000, in Milan. Founded by four brothers with their feet in Milan, but their hearts in England. Their motto has been since the very beginning and forever: "In this English pub there are only friends." Here there are only friends. It means that when you walk through the front door of Friends, you become one of them! 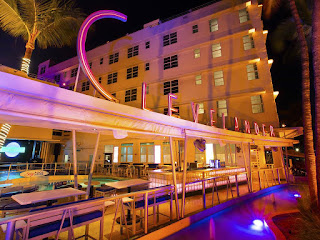 February 2021-June 2021-- The Clevelander, South Beach Miami. 1020 Ocean Dr, Miami Beach, FL. The archetypal Miami Beach pub, the Clevelander offers a high concentration of tiki stylings, pink neon, and drink—all served under open skies and illuminated palms. Like many of the models who participate in body painting and other cheesy contests here, it has recently undergone some cosmetic enhancements. But all the best bits remain.

August 2020-February 2021--The Black Rose, 160 State St., Boston, MA. If you are seeking an Irish pub near Faneuil Hall, stick to this spot that’s been properly pouring pints for more than 40 years. Traditional Irish music happens here seven nights a week, and the menu manages to combine New England classics and Irish treats to serve a true taste of Boston. 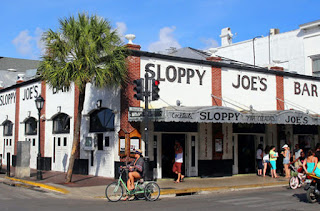 June 2020--August 2020. Sloppy Joes, 201 Duval St, Key West, FL 33040.  Sloppy Joe’s is the bar that gets all the hype when it comes to Earnest Hemingway. Known as his favorite bar during his years in Key West, this is where the writer would drink many a night away. In fact, Hemingway became good friends with the owner, Joe Russell - so much so that Hemingway is credited for the name.  However, Sloppy Joe’s is not in the same spot as it was when Hemingway frequented it, which over the years has been a source of contention for fans of the writer. 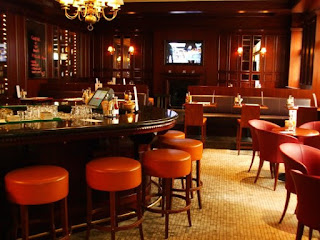 March 2020--May 2020 The Lion Pub
Oetenbachgasse 6, 8001 Zürich, Switzerland. Situated not far from the busy Bahnhofstrasse, the Lion Pub has a real British feel. The atmosphere is such that you would almost think you were in Marble Arch in London rather than central Zurich. Whether sitting at the bar or a table, guests can choose from a wide selection of home-made classical pub dishes, as well as regional draft beers or well-known bottled beers from around the world. 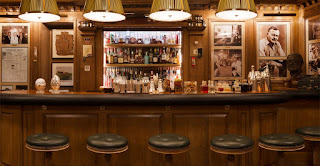 December 2019-February 2020. Bar Hemingway, Located in the Hôtel Ritz Paris, France. The world’s most famous (and smallest) Bar owes its name to the journalist and writer who was a regular. The legend lives on. Every evening, many fans and followers strive to land one of the 25 seats in this iconic Bar with the aura of a Members' Club. Tufted leather armchairs, a library, photos, and an old-fashioned typewriter, the absence of music to encourage conversations... the alchemy of the place is indescribably special: just one visit and you’ll understand. 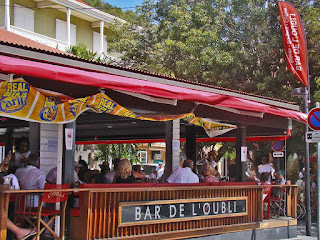 September 2019--December 2019. Le Bar de L'Oubli Gustavia 97133, St. Barthelemy Since 1981, this bar of oblivion welcomes you in the heart of Saint Barts on the port of Gustavia.  It’s casual, unpretentious, and great for people-watching. The Caribbean’s most elite, most expensive island lives up to its reputation as an adult sandbox, where the rich and famous air-kiss over glasses of rosé. The tidy capital of Gustavia, with its gingerbread-trimmed cottages, designer shops, and elegant restaurants, surrounds a yacht-ﬁlled harbor. 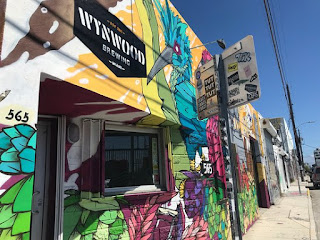 MAY 2019--AUGUST 2019. WYNWOOD BREWING CO. 565 NW 24 STREET, MIAMI FL 33127 WYNWOOD BREWING CO. IS MIAMI’S FIRST CRAFT PRODUCTION BREWERY. FOUNDED BY LUIS BRIGNONI AND HIS FATHER LUIS “POPS” BRIGNONI SR., WYNWOOD IS DEEPLY ROOTED IN ITS FOUNDERS’ PUERTO RICAN HERITAGE AND NAMESAKE NEIGHBORHOOD, THE WYNWOOD ARTS DISTRICT. OUR NEIGHBORHOOD IS RENOWNED AS ONE OF THE MOST VIBRANT AND ARTISTIC COMMUNITIES IN THE COUNTRY AND ATTRACTS ARTISTS AND INFLUENCERS FROM AROUND THE WORLD.

JUST NORTH OF DOWNTOWN MIAMI, IN AN AREA THAT WAS TRADITIONALLY A GARMENT DISTRICT AND A PUERTO RICAN NEIGHBORHOOD. AFTER THE GARMENT FACTORIES LEFT THE AREA MANY OF THE WAREHOUSES WERE ABANDONED AND LITTERED WITH GRAFFITI. THESE WAREHOUSES SOON TURNED INTO OUTDOOR CANVASSES AND PUBLIC ART BECAME THE FABRIC OF THE NEIGHBORHOOD. SINCE THEN, WE HAVE WITNESSED OUR HOME BECOME AN INTERNATIONAL SYMBOL OF EXPRESSION AND CULTURE. 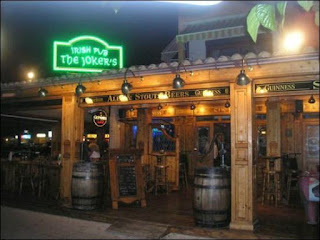 March 2019--May 2019. Joker's Irish Pub. Avenida Italia, 85, 07400 Port d'Alcudia, Alcudia, Majorca, Spain. Located in Alcudia, Spain this pub is one of the best of northern Majorca. Live sports will be on the big screen, there is often live music, and it serves the best drinks in an air-conditioned pub. Located on a canal next to a bridge it gets the sun in the afternoon. Bottom-line, this pub is a classic 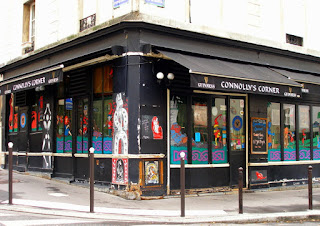 December 2018-February 2019. Connolly's Corner, Paris, France. The oldest Irish pub on the left bank, and one of the three oldest in Paris. It’s squirreled away on the Rue Mouffetard. So happy are those who find it, for it’s said to serve the best Guinness in Paris. It’s usually just the regulars, a few passing students, and connoisseurs who know that the venue hosts darts tournaments and concerts and, what’s more, a magnificent collection of ties. This is thanks to the tradition (now abandoned) requiring anyone wearing a tie to cut it off and offer it up to the proprietor. 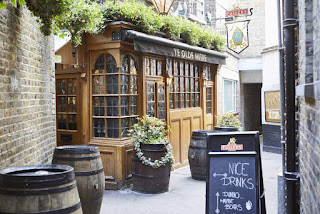 September 2018--November 2018. The Ye Olde Mitre, 1 Ely Court, Ely Place, Holborn, London. Often described as the hardest pub to find in London, the Mitre is located through a narrow passageway off Hatton Garden. English Heritage documents indicate that the pub was built about 1773 and remodeled internally in the early 20th century. Queen Elizabeth I is said to have once danced around a cherry tree in its back garden with Sir Christopher Hatton, one of her favorite subjects. 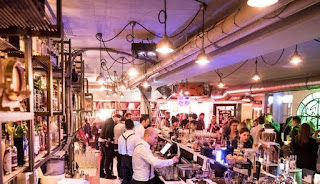 April 2018--August 2018. Widder Bar, Zurich, Switzerland.  Located in a medieval building in the heart of Zürich, lies the renowned Widder Bar. Not only does the elegant bar offer one of the best whiskey selections in the country but it also hosts some of the world’s most talented jazz artists. Widder is one of the most sophisticated bars in the city, as well as one of the most noteworthy institutions in Zürich. 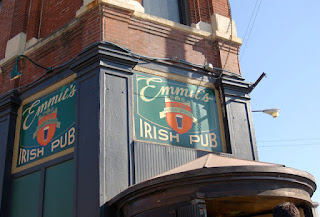 March 2018--April 2018. Emmit's Irish Pub, Chicago, Illinois. Before Emmit's opened in River West in 1996, the site was a bank with ties to the mob, then a bar popular with cops before getting shut down in the mid-1980s for dwarf-tossing. In its current incarnation, Emmit's has appeared in movies such as Ocean's Eleven, Backdraft, and Uncle Buck. So yeah, it's a storied place. 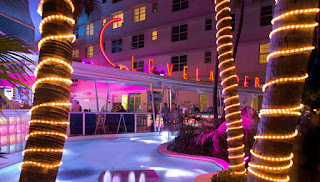 December 2017-January 2018. The Clevelander, South Beach Miami. 1020 Ocean Dr, Miami Beach, FL. The archetypal Miami Beach pub, the Clevelander offers a high concentration of tiki stylings, pink neon, and drink—all served under open skies and illuminated palms. Like many of the models who participate in the body painting and other cheesy contests here, it has recently undergone some cosmetic enhancements. But all the best bits remain. 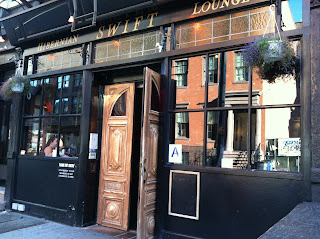 October 2017-December 2017-- Swift Hibernian Lounge 34 E. 4th St., North. Bowery; New York City. The pub is named for the Irish writer Jonathan Swift; scenes from his work are depicted in murals on the wall. The wooden floors are uneven and run charmingly ragged, the pub’s community bona fides are strong; upfront, for instance, there is a plaque honoring 9/11 firefighters. Swift Pub is a perfect place to end the night, even if you began it there. 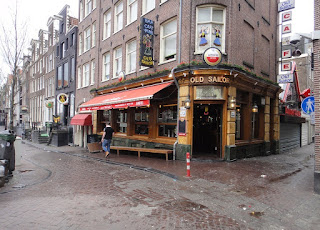 September & October 2017--The Old Sailor Pub, Amsterdam, Netherlands. Located in the center of Amsterdam, in the middle of the Red-Light District, you will find the best bar in Amsterdam, The Old Sailor, with the perfect blend of people from Amsterdam and tourists. Good music, great staff, and every football game there is. 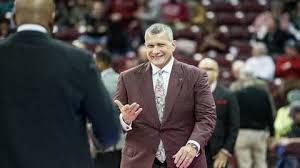 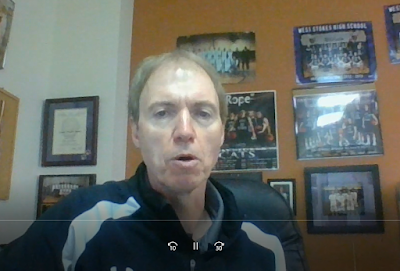 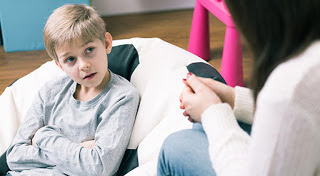